The Technical Work Group were experts in many aspects of online learning or fields closely aligned with the online instruction of students with disabilities. COLSD staff are greatly appreciative of these individuals’ commitment of time, energy, and thoughtful reflection to the research activities. They are welcome counselors, collaborators and contributors to the center’s efforts. 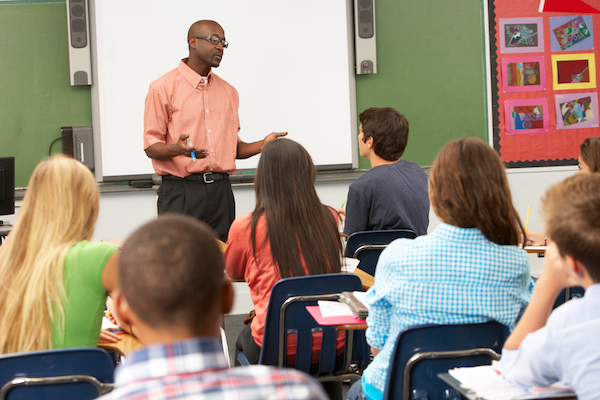 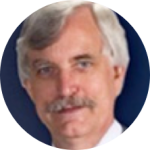 Chris Dede is the Timothy E. Wirth Professor in Learning Technologies at the Harvard Graduate School of Education. His fields of scholarship include emerging technologies, policy, and leadership. His funded research includes seven current grants from the National Science Foundation, Qualcomm, the Gates Foundation, and the US Department of Education Institute of Education Sciences to explore immersive simulations and transformed social interactions as means of student engagement, learning, and assessment.

Ed.D. from the University of Massachusetts
Bachelor’s degree from California Institute of Technology

Since 2012 Assistant Superintendent of Special Education and Student Services at Virginia Department of Education. His particular interest is the integration of online instruction with students with disabilities and the preparation for teachers in the online environments. 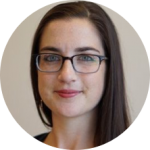 Julia Freeland Fisher is the director of education research at the Clayton Christensen Institute. She leads a team that educates policymakers and community leaders on the power of disruptive innovation in the K-12 and higher education spheres through its research. Her team aims to transform monolithic, factory-model education systems into student-centered designs that educate every student successfully and enable each to realize his or her fullest potential.

Prior to joining the Institute, Julia worked at NewSchools Venture Fund, a venture philanthropy organization that supports education entrepreneurs who are transforming public education. She also served as an instructor in the Yale College Seminar Program. 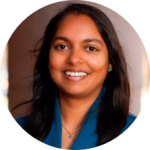 Saro Mohammed is a Partner at The Learning Accelerator where her work focuses on understanding if, how, and when blended learning is effective in K-12 settings nationally. She has a decade of experience in education research and external evaluations of programs implemented in public, private, and non-profit settings. Prior to joining TLA, Saro was the inaugural assistant director of two research units in the College of Education at The University of Texas at Austin. Since 2008, she has worked directly with more than 20 school districts, either in a research or program evaluation context; and one-on-one with more than 10 states in a technical assistance/capacity building role.

In addition, Saro serves as a reviewer for and advisor to federally-funded research centers, including the Institute of Education Sciences, the Center on Online Learning and Students with Disabilities, and the Rapid-Cycle Technology Evaluation initiative. Saro also volunteers at the United Way for Greater Austin, serving on their Target Graduation Strategic Advisory Council and their research working group.

Ph.D. from The University of Texas at Austin
Bachelor’s degree from the Massachusetts Institute of Technology 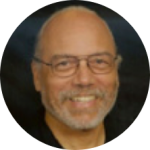 With a lifetime interest in educational access and equity, Raymond Rose is the co-founder and president of Rose & Smith Associates, a consulting group dedicated to sharing the principles of successful online learning and the innovative use of technology in education settings. He works with K-12, college and university programs, with policy-makers, and with the leaders of online learning organizations to help shape the nature of learning in the United States.

Formerly Vice President of Concord Consortium, a non-profit research and development group, Rose helped envision, create, and administer what is considered to be the first virtual high school in the United States. He has been the primary voice for issues of access and equity in online education. 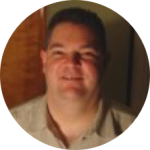 Matthew Wicks has been involved with K-12 online learning for 15 years. He is currently works for Connections Education as Vice President Policy and Data Analysis. Connections Education® is an accredited provider of high-quality, highly accountable virtual education solutions for students in grade K–12. Prior to working at Connections, he served as Chief Operating Officer for the International Association for K-12 Online Learning (iNACOL).

Previous to his work with iNACOL, he operated his own online learning consulting practice, and was one of the co-founders of the Illinois Virtual High School and served as Director for 5 years. Prior to his work in online learning, Wicks served as Chief Information Officer at the Illinois Mathematics and Science Academy. He also has worked for Fermi National Accelerator Laboratory and AT&T. 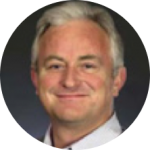 Anthony Kelly is currently a professor of educational psychology at George Mason University and a former visiting scholar at UC Davis and the National Science Foundation. He is interested in the intersection of the creative space of innovative practices and where that intersection meets the pruning function of research methods (i.e., design-based research). An actively funded researcher, he was a Fulbright New Century Scholar under the theme: “The University as an innovation driver and knowledge center for society.”

Kelly also works to promote research intersecting mathematics cognition and cognitive neuroscience. His NSF SciSIP award (2009) explores the American Recovery and Reinvestment Act spending in education. His other NSF awards are on the learning needs of megacities and learning and assessment in cyberinfrastructure. He received an NSF award in 2010 to study the implementation of the US Department of Education High School Longitudinal Study. 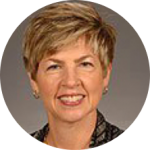 Mary Brownell is a professor of special education at the University of Florida. She is also the Irving and Rose Fien Endowed Professor and director of the National Comprehensive Center to Improve Policy and Practice in Special Education Professional Development. She has spent her career at the University of Florida focused on issues related to teachers who work with students with disabilities. Her early research activities focused on the factors related to special education teachers’ decisions to remain in or leave the classroom. She has also studied issues related to teacher quality and the preparation of special and general education teachers.

Brownell’s recent research efforts focus on improving the reading instruction of both general and special education teachers and improving the induction of beginning special education teachers into the classroom. To support her work, she has, in collaboration with colleagues from the University of Florida and other institutions, received over $11,000,000 in funding from the Office of Special Education Programs and Institute for Education Sciences. For her professorial efforts, she received the 1999 University of Florida Research Foundation Professorship in the College of Education. She has been actively involved in mentoring doctoral students and creating high quality programs for them.

Ph.D. from the University of Kansas 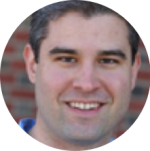 Michael B. Horn is the co-founder and executive director of Innosight Institute, a non-profit think tank devoted to applying the theories of disruptive innovation to solve problems in the social sector. In this capacity, Horn leads a team that educates policymakers and the public on how to encourage innovation in education. His ongoing research explores how to transform America’s education system from its current factory-based model into a student-centric one in which every student can realize her human potential.

In addition to his work at Innosight, Horn serves on a variety of boards. He is an executive editor of Education Next, a journal of opinion and research about education policy, and a board member of Fidelis, a technology company that provides an end-to-end education solution for the military-to-civilian career transition. Horn is also an advisory board member for the Shared Learning Collaborative, a joint initiative funded by the Bill & Melinda Gates Foundation and the Carnegie Foundation, as well as on the Education Innovation Advisory Board at Arizona State University. 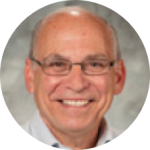 Richard E. Mayer is Professor of Psychology at the University of California, Santa Barbara (UCSB) where he has served since 1975. He received a Ph.D. in Psychology from the University of Michigan in 1973. His research interests are in educational and cognitive psychology. His current research involves the intersection of cognition, instruction, and technology with a special focus on multimedia learning and computer-supported learning. He is past President of Division 15 (Educational Psychology) of the American Psychological Association, past Vice President of the American Educational Research Association for Division C (Learning and Instruction), former editor of the Educational Psychologist, former co-editor of Instructional Science, and former Chair of the UCSB Department of Psychology. He is the year 2000 recipient of the E. L. Thorndike Award for career achievement in educational psychology, year 2010 winner of the Sylvia Scribner Award for research contribution on learning and instruction, and the winner of the 2008 Distinguished Contribution of Applications of Psychology to Education and Training Award from the American Psychological Association. He was ranked #1 as the most productive educational psychologist in the world by Contemporary Educational Psychology. He has received more than 30 extramural grants (as PI or co-PI), including funding from the Institute of Education Sciences, National Science Foundation, and Office of Naval Research. He currently is on the editorial boards of 14 journals mainly in educational psychology. He has served as an elected local school board member inGoleta, California since 1981. He is the author of more than 400 publications including 25 books, such as the Handbook of Research on Learning and Instruction (editor, with P. Alexander, 2011), Applying the Science of Learning (2010), Multimedia Learning: Second Edition (2009), Learning and Instruction: Second Edition (2008), E-Learning and the Science of Instruction: Second Edition (with R. Clark, 2008), and the Cambridge Handbook of Multimedia Learning (editor, 2005).

Ph.D. from University of Michigan